The engine process with extended expansion promises high efficiencies. In a joint research project of the FVT and the BMW AG, the topic for the application to the passenger car gasoline engine was examined.

At the end of the expansion stroke of a piston engine, there is still considerable pressure in the combustion chamber, which is normally dissipated by the exhaust valves unused. If it were possible to further expand the piston at this point, one could gain more work without additional fuel and thus increase the efficiency significantly. This idea is called extended expansion. This takes advantage of high expansion ratios and eliminates the disadvantages of high compression ratios (such as knocking, heat transfer, peak pressure, emissions).

The extended expansion can be achieved either by a special engine (Atkinson cycle), or by modified valve timing (Miller cycle). 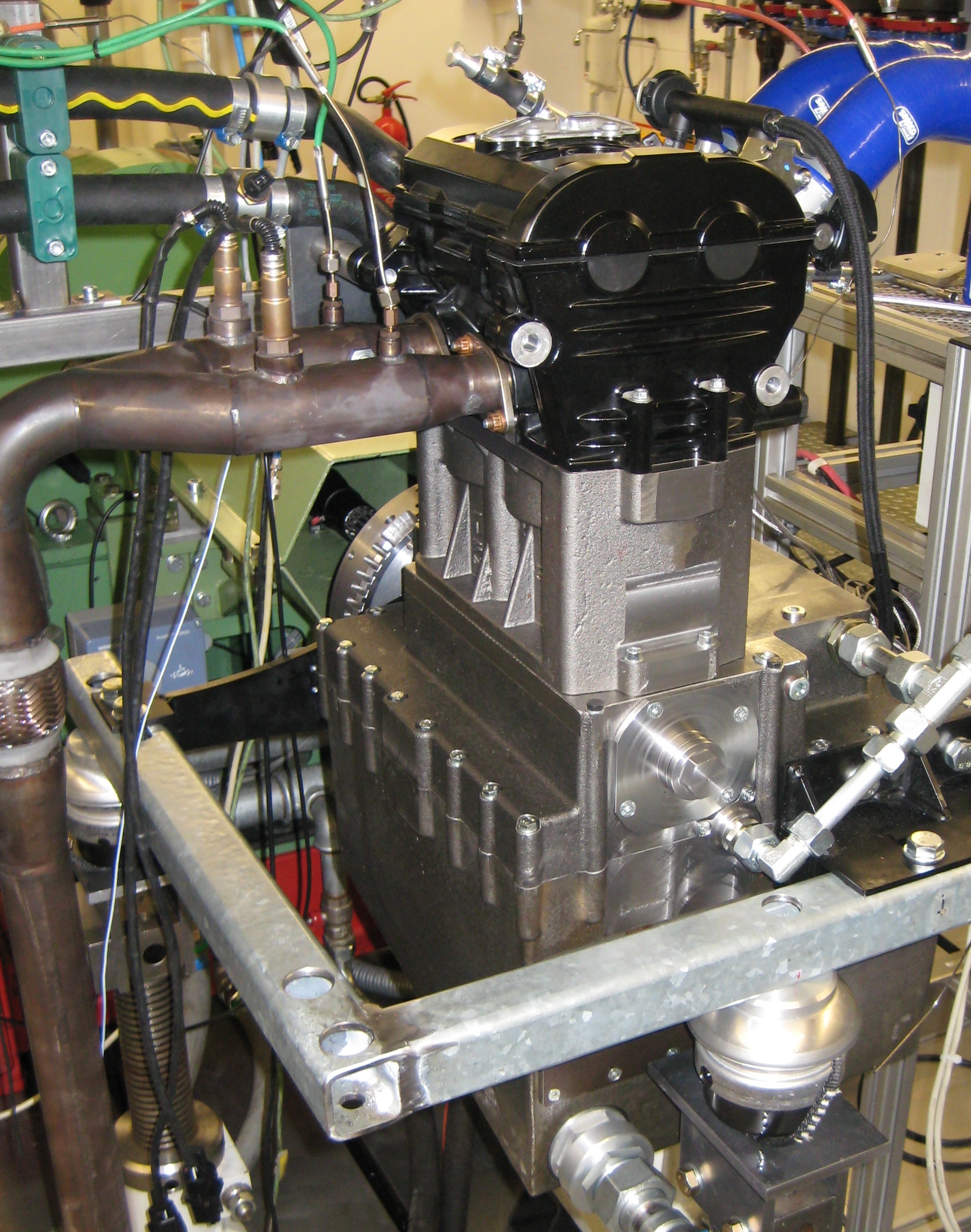 In a comprehensive research project, the topic of extended expansion was intensively investigated at FVT in cooperation with BMG AG Munich. In an initial concept study various heat engine concepts were evaluated without any restricition whatsoever. The process with extended expansion proved to be the most promising for the application to passenger cars.

This approach was then evaluated in detail with simulations, and constructed as a prototype due to the many promising results (the prototype was constructed in the Department 'Design').

In the following measurements, which were accompanied by extensive simulations and basic theoretical work on the engine process, an efficiency gain of 7% points could be detected. This applies to the turbocharged, stoichiometric Otto cycle on a passenger car scale. It has also been shown that the related Miller process inherently achieves only about half of this advantage. The Miller method was evaluated in parallel both experimentally and computationally in the same way.